Let me tell you an epic tale about the hardest challenge I had to face in Japan. But first, let’s turn the clock back a few months to understand my journey. After arriving in Japan, I spent my first days traveling around, happy and carefree, visiting Tokyo, Osaka, and Kyoto. But when December drew near, it was time to make the trip up north to Hokkaido and work in the snowy mountains teaching others how to ride a snowboard. As spring came around, my journey continued south. First to Hakodate, then with the ferry over to Aomori (back on japans main island), and after brief stops in Sendai, Tokyo, and Hiroshima, my new base of operations became Osaka. Some time passed and I found a new job as a volunteer in the OEH in Hirakata, halfway between central Osaka and Kyoto.

I arrived at Hirakata station, with a heavy backpack on my shoulder, a large bag in one hand and my guitar in the other. Not knowing what the world had in store for me, I began my ascent towards the OEH. The blazing sun burned my skin and smoldering corpses filled the streets. Every step I took, the weight on my back seemed to double. Carefully I placed my feet on the ground, for if I stumbled I surely would fall over the cliff into the raging volcanic fires of Hirakata. The lava streams surged down the mountain and the houses jumped up in a gorging hellfire that burned the midday sky red, yellow, and black. Days of climbing passed and I finally reached the top of the world, and the gates of the justice opened to let me into the heavenly sphere of air conditioning. With my brain still fried, I tried to respond to my new hosts in reasonable sentences, all the while my body was yearning for water. After passing the initial formalities and after replenishing about 20 liters of liquid life, I rejoiced as my life was saved, I was welcomed warmly into the family of OEH residents.

Now four weeks passed and outside the window the rain is pouring down as if the world itself cries about my upcoming departure. With a bittersweet smile on my face, I type these words and recount the illustrious memories I made. If only I could stay forever…
But the journey must go on! 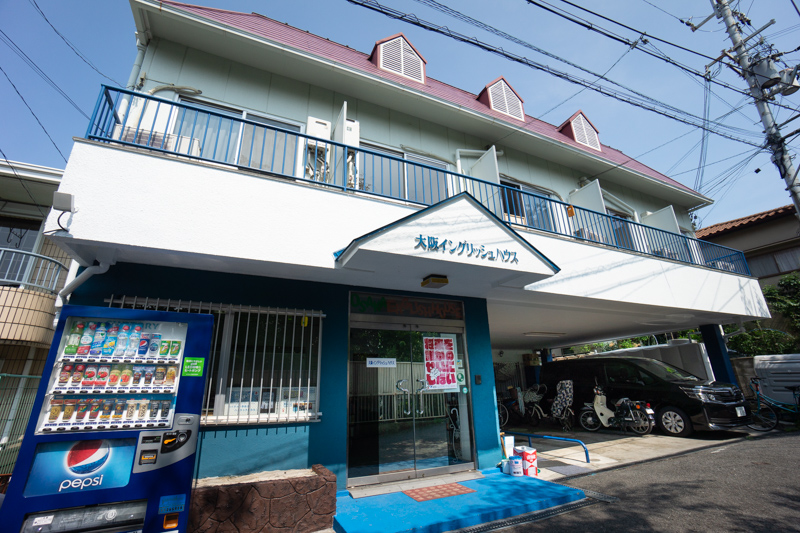